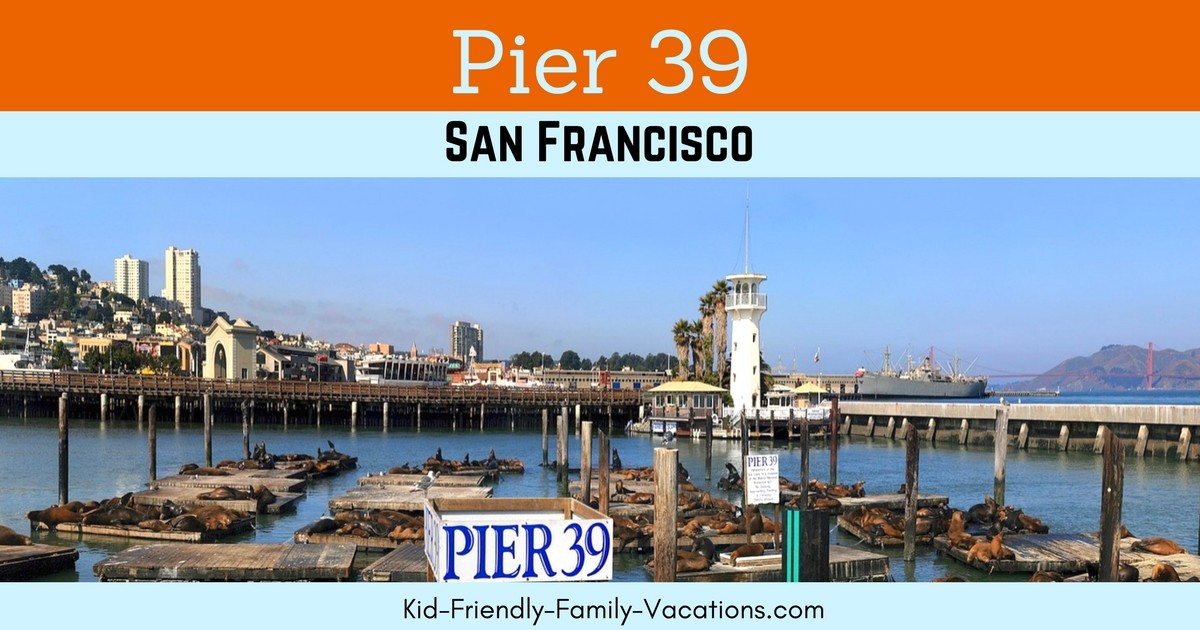 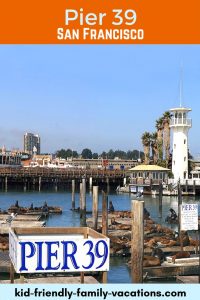 There was a great deal of activity all around the Pier area when we visited.  There are all types of shops – just about any type of tourist-y type shopping that you can imagine.

We ate lunch at Chowders, one of the sidewalk cafe seafood restaurants while we were there.  The food was pretty good, but a little on the expensive side (for tourists from Tennessee anyway), but not any more expensive than any other restaurant in San Francisco.  The kids say that the Clam Chowder was GREAT!

The shops at Pier39 were fun to stroll through, and the view of the bay from the pier was absolutely beautiful… but, I did not want to spend a great deal of time there because the shops that we saw were mostly shops that you see at any large mall in any large city….. and I would rather spend my limited time in San Francisco seeing all of the unique sites.

Now, this is just my humble opinion…. my teenage girls would have stayed there all day long!!!!

A Bit of History

Pier 39’s construction began in August of 1977. Due to it’s money-making potential, commercial business owners showed interest. Therefore, stores of all sorts were built.
As years went by, the number of visitors started to increase and Pier 39’s popularity increased. It now boasts the title: one of the most visited tourist attractions in the US.

Famous Sights At The Pier

Because sea lions frequent the area, Pier 39 is also known as The Sea Lion Pier. Since the first sighting in 1989 was reported, these adorable sea animals have considered the pier as their home.

The Pier 39 Attraction Pass – Your all-in-one PIER 39 Attraction Pass includes admission to Aquarium of the Bay, Magowan’s Infinite Mirror Maze, 7D Experience, a one-hour San Francisco Bay Cruise, and a ticket on the San Francisco Hop-on Hop-off Tour good for 48-hours. Save even more with additional coupons and discounts for many of the pier’s restaurants and stores in the PIER 39 Fun Pack.

Educate the kids in your lives about San Francisco!

Your child or grandchild will be your tour guide with this book! So make sure that they have this book early in the planning phases of your trip as well as when you visit San Francisco!

Be The First To Learn About Our Next Virtual Field Trip

Keep Learning Even When You Can't Travel!

Each Month We Are Exploring Another Fun Historic Location!  Be the First To Know Where We Are Going!