The Carnegie Deli New York is located just north of Times Square in New York City. The Deli is a fairly short walk from there….. right on your way to Central Park. 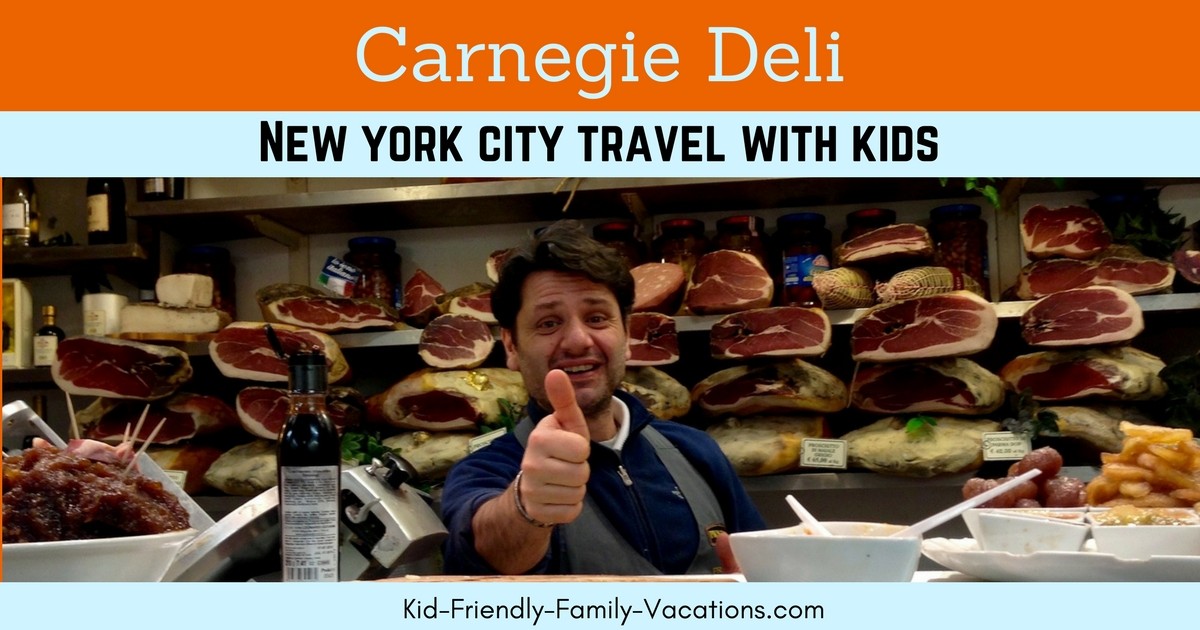 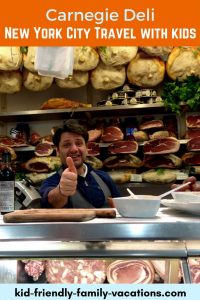 If you and your family enjoy traveling and having a good meal, then you should make sure this is on your list while in New York City! As many people know, delis have a reputation for offering fast service, large servings and for having waiters with attitude. And if you and your family are vacationing in New York City, the best place to experience this is at The Carnegie Deli.

Known as the Jewish kosher style deli, Carnegie Deli is one of the most popular New York delis. Owned by Milton Parker from 1976 until his death in January 2009, this deli is the home of towering corned beef and pastrami sandwiches and other deli foods. The interior is packed with photos of Hollywood stars, tables that never stay empty, and waiters who quickly and somewhat brusquely take your order.

Visiting this deli as part of your family vacation in the city requires a set of rules. First of all, the line is always long, but it moves in a steady pace. Expect to have a fast-paced meal when your food comes. The servings are huge, but there is a sur-charge for splitting an order. you should expect to pay  around $13 per person for your meal.

Their extensive menu has other selections in addition to sandwiches. You could try a salad, or a seafood dish, or perhaps some short ribs. Their cheesecake is one of the main reasons people flock to this place. Other desserts, like cakes and pies are really good too. 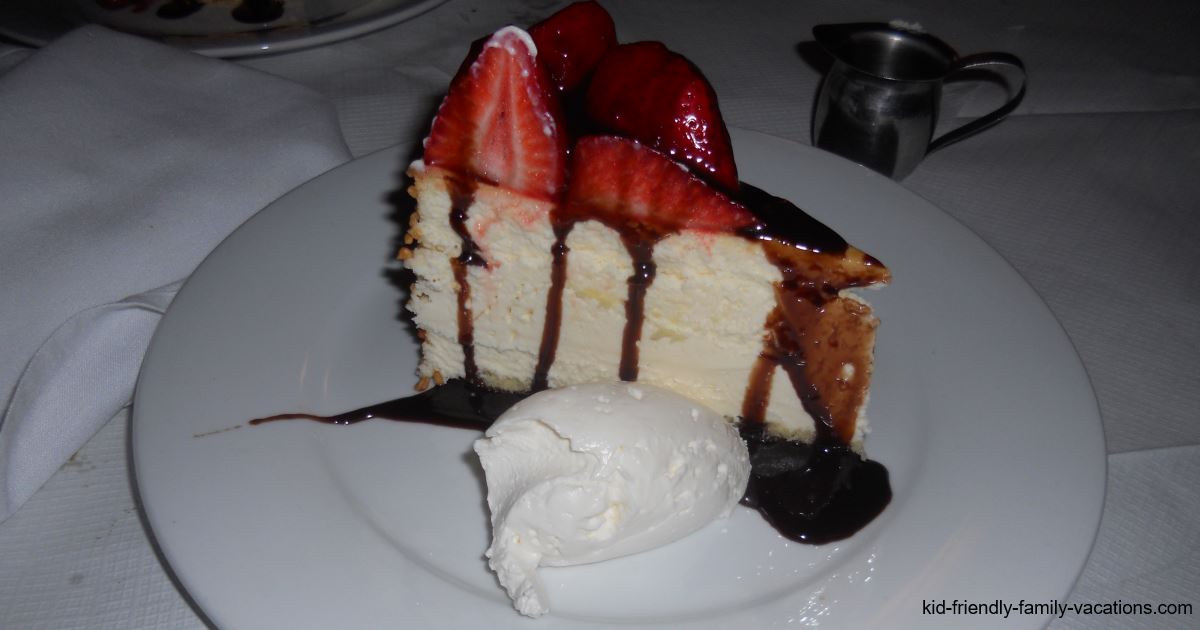 The Deli is open from 6:30 am through 4 am and serves breakfast, lunch and dinner. There is no need to make reservations. Credit cards are not accepted.

How to get to the Carnegie Deli New York

Carnegie Deli is located at 854 Seventh Ave., between 54th and 55th Streets, Manhattan, New York City. Check out their menu at www.carnegiedeli.com.