London England is one of the most popular tourist destinations in the world. Tourists visit the city because it is rich in culture, history, architecture, arts, music, theater and food – all making a London Vacation one of the best choices in the world! 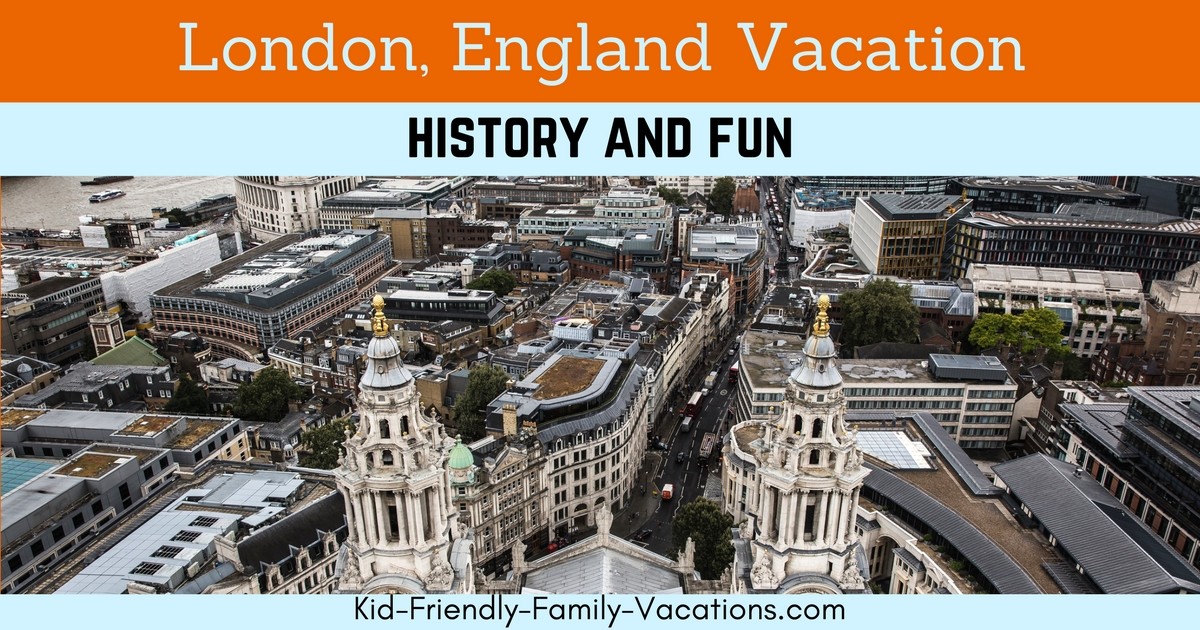 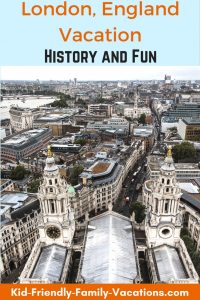 Going back in time and exploring the rich history and origin of this great country is one of the many reasons why a London England vacation is one of a kind. London England is also considered as a melting pot of arts and theater, it is no surprise that most tourists flock the theater halls. Artists and actors visit this city to study and improve their skills, after all London is considered as the center of art.

A London Vacation would not be complete without exploring the food as well! London offers a wide variety of food selection, from high end to street food that can satisfy just about anyone. In addition to the food, exploring the culture and making friends with the locals add to the experience.

Start out by visiting the historical sites around the city such as Westminster Abbey and the Tower of London Then take in some fun experiences like the London Eye and Kings Cross Station to see Platform 9 3/4! 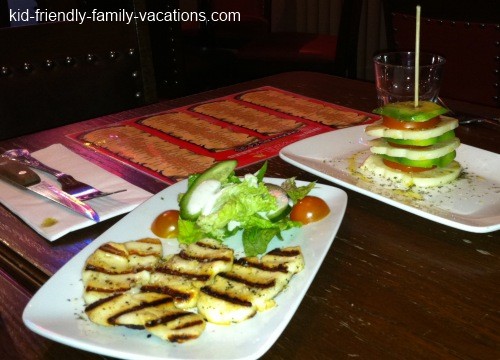 Here is a good London England Vacation sample and some other tips for you….

When our family visited London, our 3 1/2 days in were packed!!! The highlights of our time there included the following fun attractions.  We use these as a good way to help you learn about the London area as well as suggestions of where to visit.

Big Ben is a major landmark in London! Big Ben is the clock tower standing proudly in the city of London near the River Thames.  Big Ben is located in the north end of Westminster Palace. It serves as the clock and alarm for the Houses of Parliament.  (read our full review) (read other reviews) 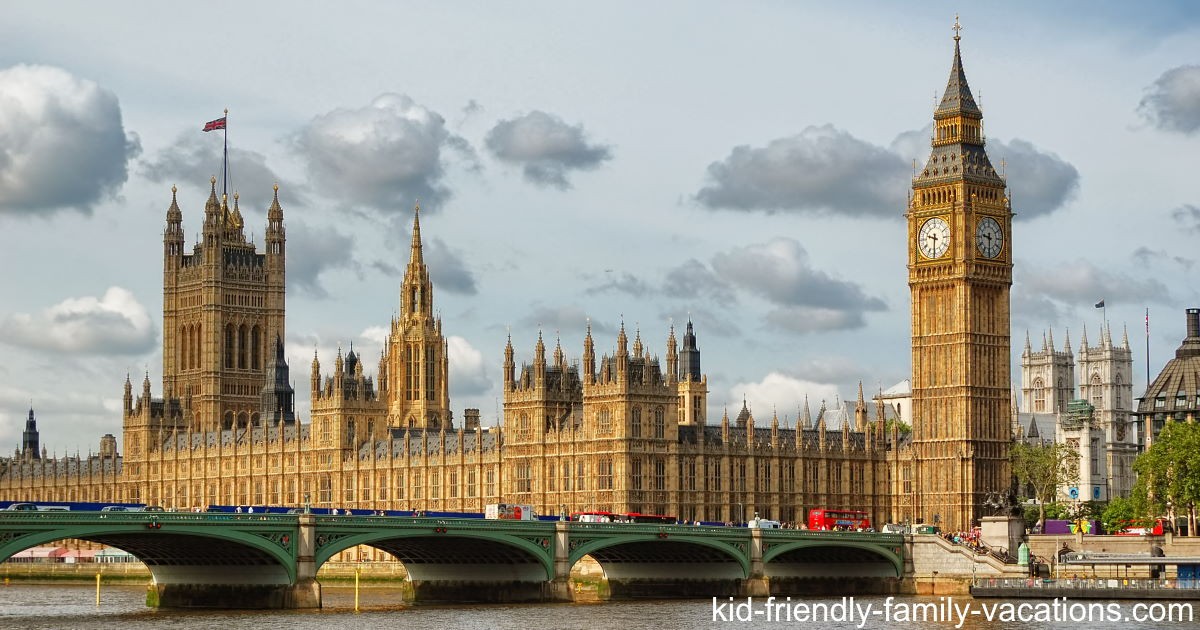 Popularly known as the home of and administrative headquarters of England’s reigning monarch,
Buckingham Palace is the location for many state celebrations. It has 775 rooms and has the largest private garden in all of London. It serves not only as a symbol for the British monarchy, but also functions as an art gallery and a popular tourist attraction.

Built in 1705, it used to be the town house of the Duke of Buckingham and was then called Buckingham House. King George III later bought it as a gift for his wife, Queen Charlotte. At that time, it came to be known as “The Queen’s House.”  (read reviews) 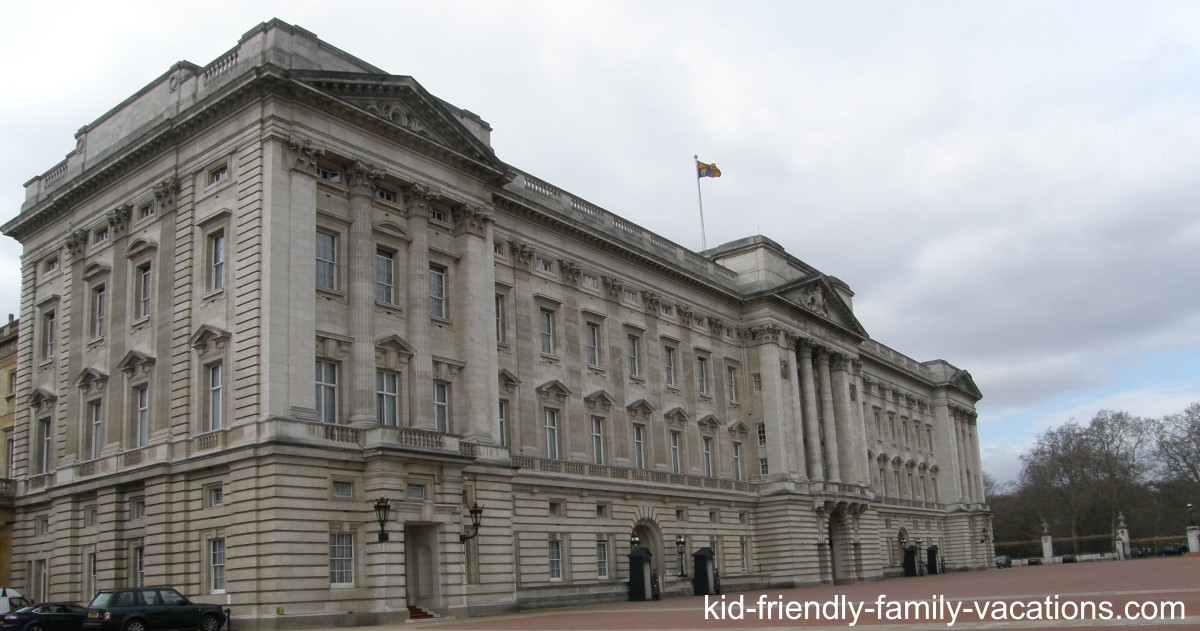 The Tower Bridge London is not London Bridge.  It’s very iconic. There’s none other that looks like it and it’s in London, but that doesn’t make it London Bridge. That’s the next one up the Thames.

The bridge gets its name from the nearby Tower of London. The bridge itself is one of several bridges over the Thames. This bridge, though, is most likely the most iconic of those bridges.  (read reviews) 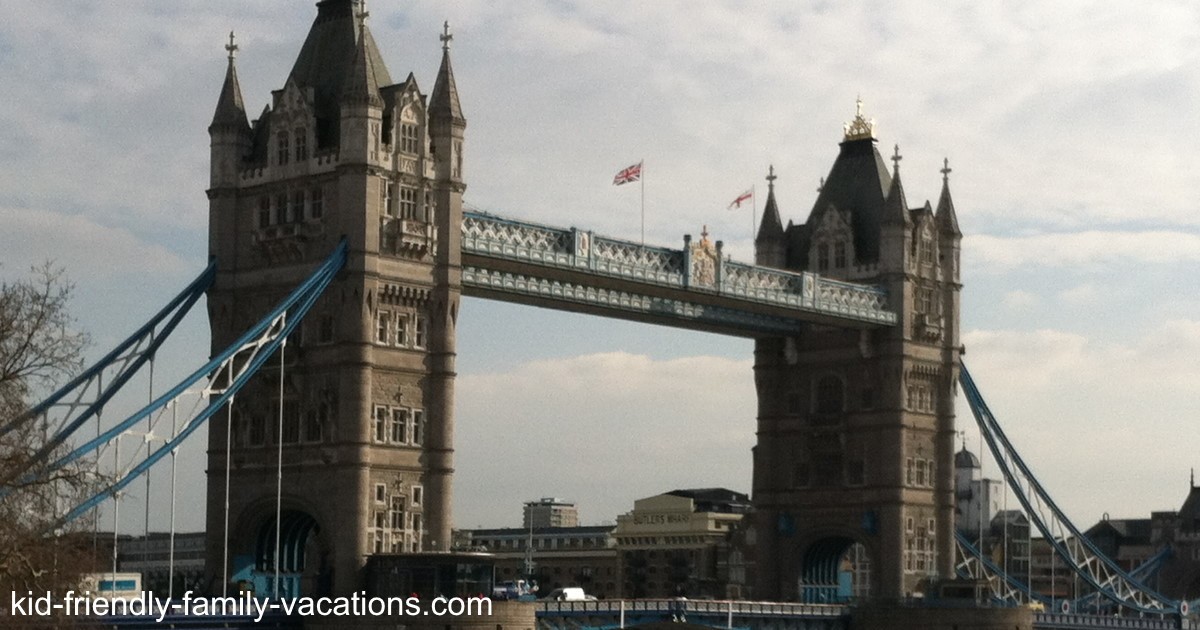 The Tower of London

The official name of The Tower of London is Her (or His) Majesty’s Royal Palace and Fortress. It has served various roles over the years, the most famous being a prison. It has also served as a menagerie, home of the Royal Mint, the home of the Crown Jewels (currently), and formerly a royal residence. Of course, the phrase ‘sent to the Tower’ is still used as a euphemism to mean imprisonment. (read our full review) (read other reviews) 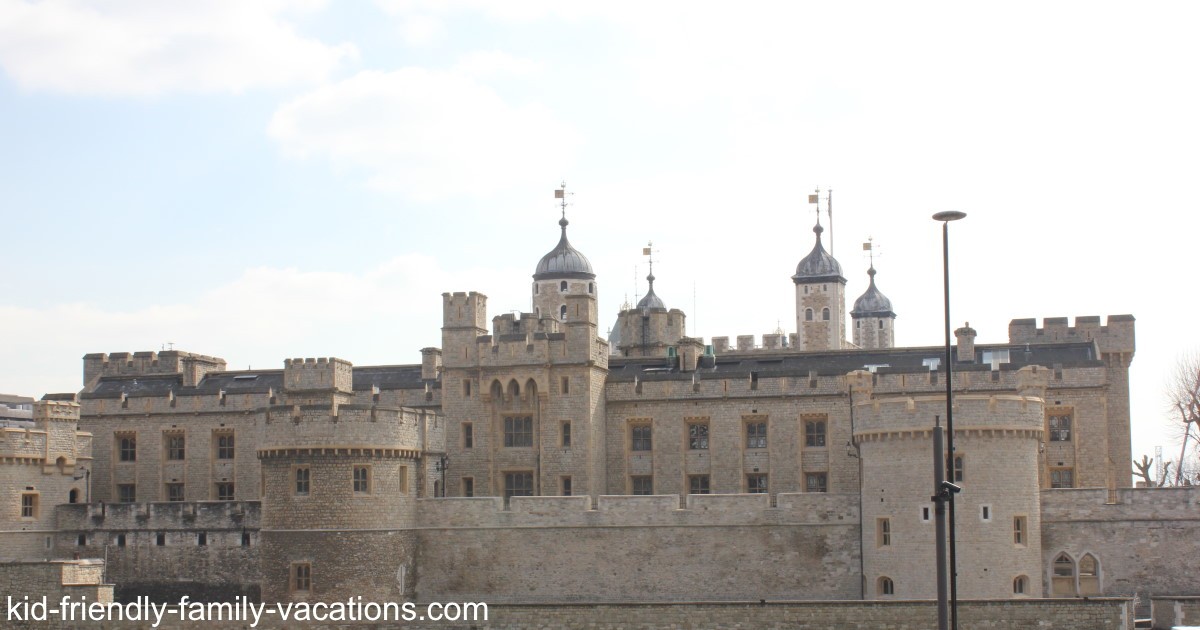 Westminster Abbey is one of the most well known churches in the world. Over a million visitors come to see it every year, making it easily one of the most popular tourist attractions in London. Its name, “Westminster”, actually means west church.

Westminster Abbey is the traditional place of coronation and burial of English and British monarchs. It was built in the year 960. It was rebuilt in 1517 and then again in the 18th century. It has two towers, ten bells, and a floor area of 32,000 square feet. It features a Gothic design. You can easily notice pointed arches, ribbed vaulting, and flying buttresses.  (read reviews) 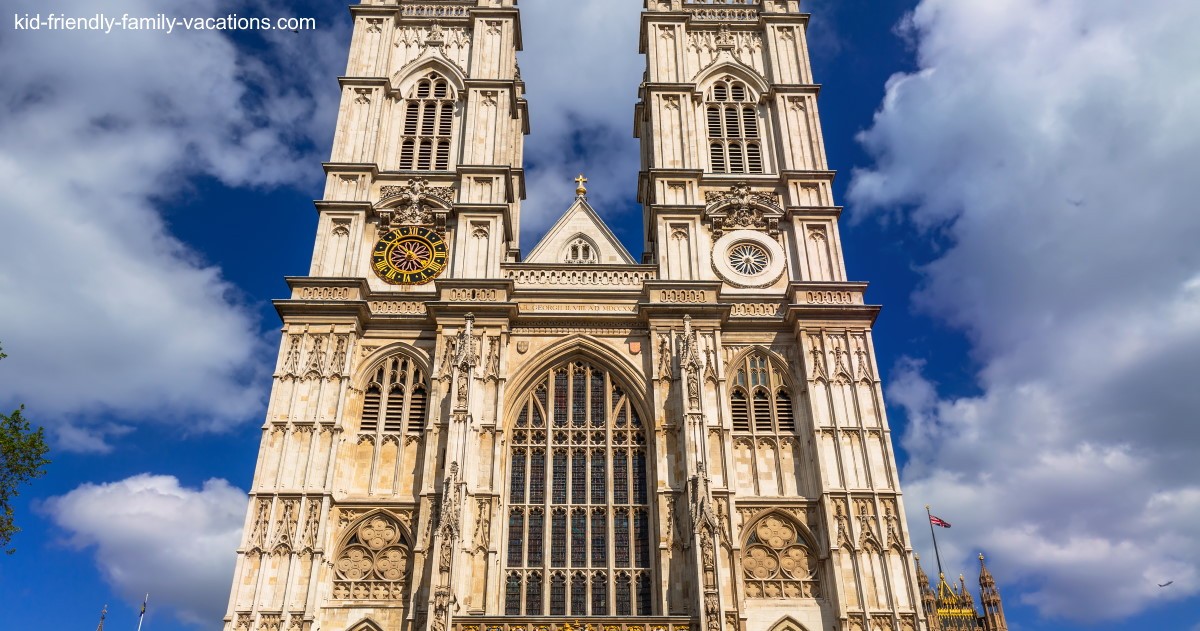 The old Globe Theater was built by the Lord Chamberlain’s Men in 1599, specifically by Richard Burbage. The Lord Chamberlain’s Men were William Shakespeare’s playing company, which is why the theater is associated with Shakespearean plays. The theater is called an Elizabethan theater because it was constructed during the Elizabethan period. When the original theater was built, they copied the style of the Roman Coliseum, though it was a much smaller version.  (read reviews) 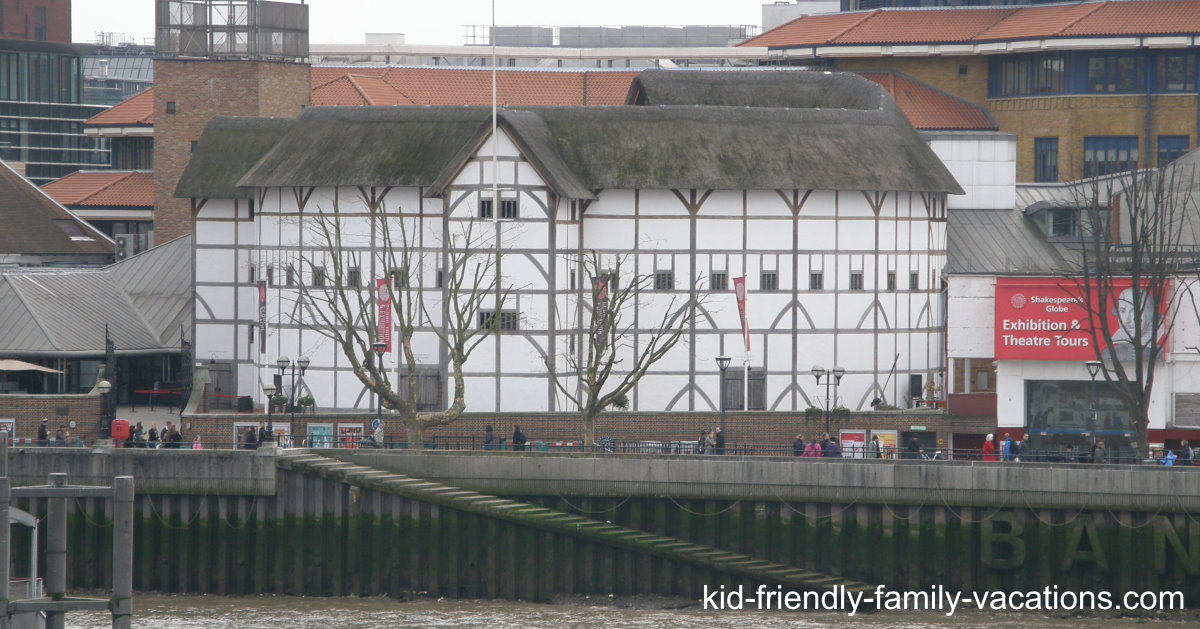 The Cathedral has hosted the funerals of Lord Horatio Nelson, the Duke of Wellington, and Winston Churchill. It’s seen two queens’ jubilees and the wedding of Prince Charles and Princess Diana. In addition to all that, it’s a working church. Prayers and services take place regularly. (read our full review) (read other reviews) 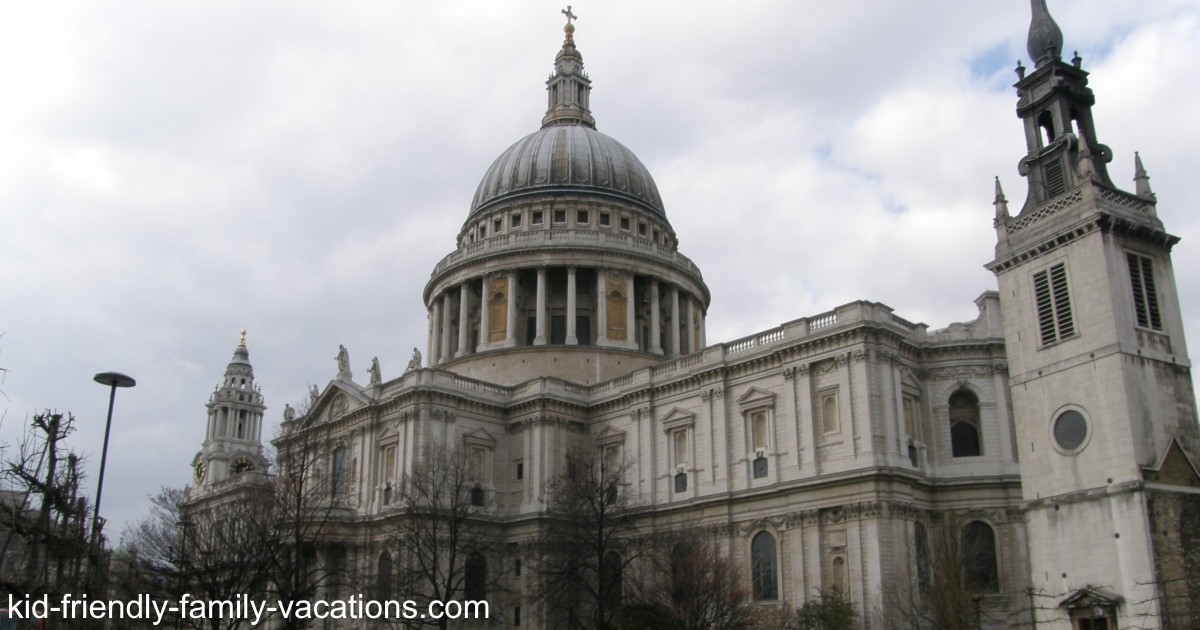 And, take the time to visit some fun London England Vacation attractions as well….

The London Eye is a cantilevered observation wheel located in London, along the banks of the River Thames. You can see the entire city, even up to Windsor Castle from the London Eye. 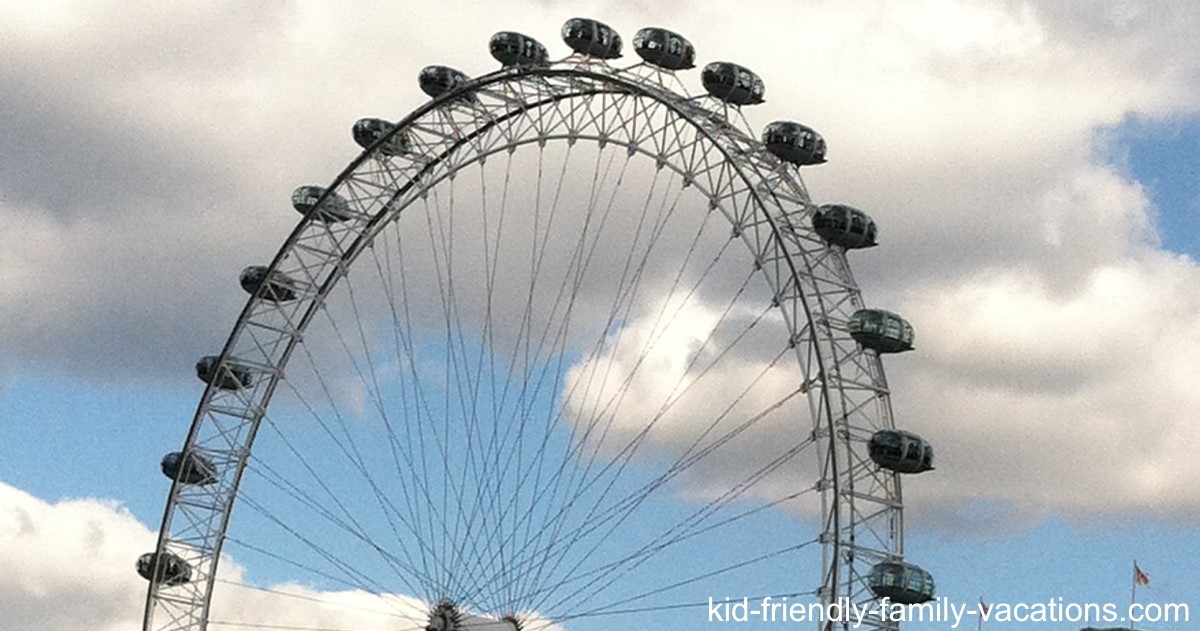 Covent Garden has many stores, restaurants, pubs, and theaters.  It is one of the most popular places for tourists and locals alike. Covent Garden is located between Dury and St. Martin’s Lane at the east fringe of the west end. It is a district in London England and a former fruit and vegetable market.  It is also a former red light district during the 16th century. The original garden was located five miles from the Covent Garden we know today.  With its quaint design and architecture mixed with the buzzing locals it is definitely a must place to visit when traveling in London England.  (read our full review) (read other reviews)

‘Circus’ derives from Latin, meaning ‘circle’ or ‘ring’. Piccadilly Circus is, surprisingly enough, reasonably circular. Hence the name fits the place. Like a lot of things in Britain, it’s got a fair few years on it, having been built in 1819. (read reviews)

If you are not from London, then you probably first heard about Kings Cross in the Harry Potter movies. In the movies, the characters had to travel to Hogwarts by train. That train leaves from the popular Kings Cross Station. (Well, in a hidden part of that station.)

For Harry Potter fans out there, you can have your picture taken at the famous platform 9 ¾. This is where Harry took his first travel to the magical world of Hogwarts. They even buried a luggage trolley in the wall to make it look as if a Hogwarts’ student has just stepped through the invisible platform door. Its a pretty cool place to take a picture.  (read other reviews) (read our full review) 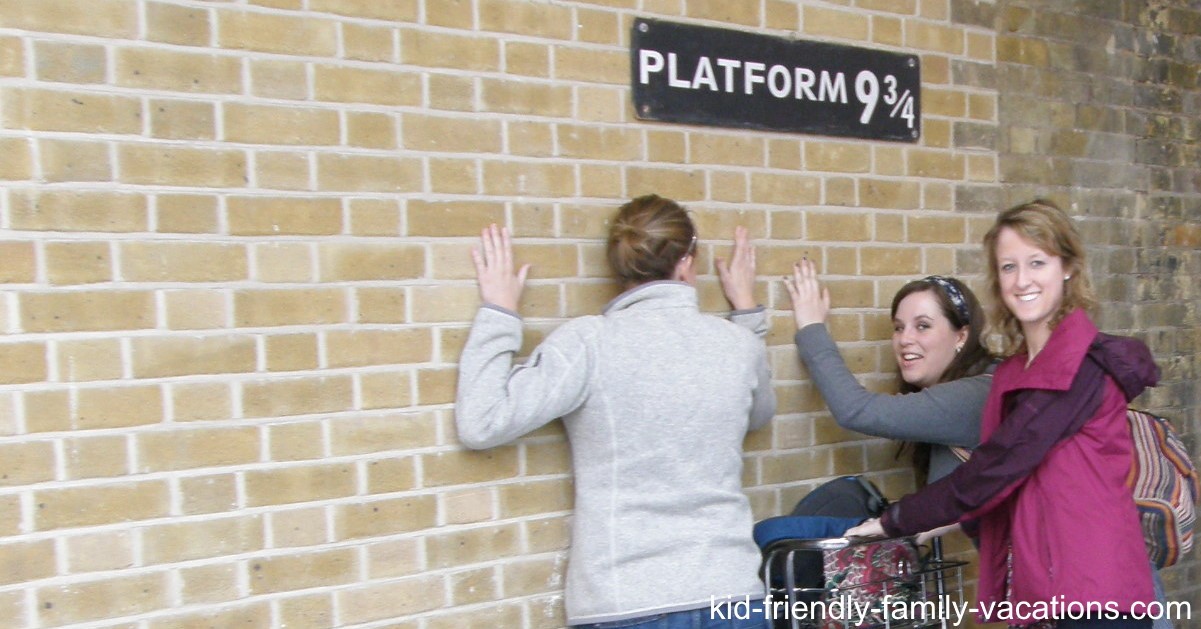 Leicester Square (Where we saw Singin’ in the Rain)

Leicester Square is surrounded by the Lisle  Street, Orange Street, Charing Cross Road, and Whitcomb Street to the north, south, east, and west, respectively. The place is named after the 2nd Earl of Leicester, Robert Sidney. He was a wealthy aristocrat who purchased a large tract of land, (about four acres) which includes this small area which is now known as the Leicester Square.  (read reviews)

The Millennium Bridge (a pedestrian bridge)

The Millennium Bridge is a steel suspension bridge which crosses the River Thames. It is a footbridge, which means that only pedestrians can cross the bridge…no vehicles and no motorcycles.

It was called Millennium Bridge because it was opened on June 10th, 2000. The construction was
started in 1998, which means that it only took two years to build the bridge. The British House Estates owns and manages the bridge.

Like the King’s Cross station, the Millennium Bridge was also used by the producers of Harry Potter as the fictional Brockdale Bridge. The bridge was destroyed by the Death Eaters. This was in the film Harry Potter and the Half Blood Prince. (read reviews) 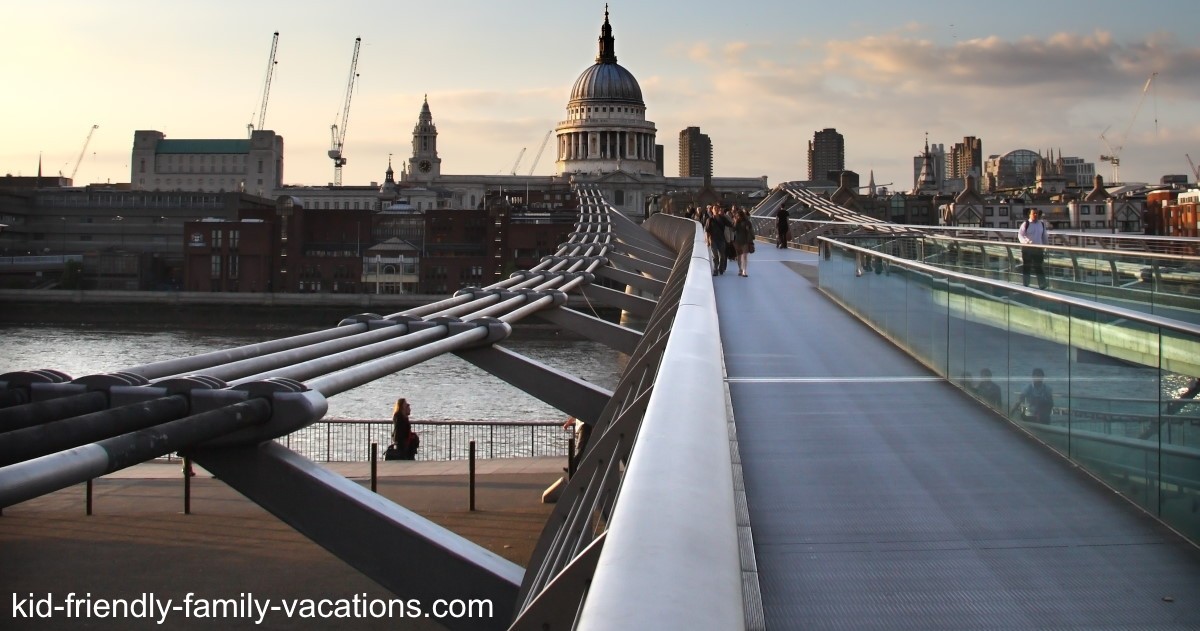 How to get there and get around once there

If flying, you will probably come in through Heathrow Airport…. then take the tube directly to the station closest to your hotel…

While we were on our London England Vacation, the public transportation was awesome!!!  We used the bus system, and the tube with no problems at all!

London England Vacation – Where to stay

For our trip, we had an area that we wanted to find a hotel in… The Kensington Gardens / Hyde Park Area….We were visiting friends and wanted to be in that general area.

We wanted to be sure to be fairly close to a Tube Station, so the search began on TripAdvisor. TripAdvisor allows visitors to post photographs and comment on the conditions of the rooms and the general condition of the hotel, so this
information was very nice to have!

We chose the Premier Inn Kensington (Earl’s Court). This hotel had an option to select a less expensive rate if we chose the “no change” option… meaning that we were locked in to our choice.  The Premier Inn offers a breakfast plan as well as a dinner plan.  We chose the breakfast option as this is one less worry for us.

Here is a list of attractions in London ranked and reviewed by others on TripAdvisor…. read more.

Tell us about your London Vacation

We would love to hear your thoughts and comments on your London Vacations…. Join the conversation in the comments below….

A London vacation is indeed an unforgettable experience, however to have a dream vacation, one should prepare and plan ahead. Ask around, read and search through the internet. In this way time and money will be optimized. ….. take a look here to see how we planned this European Vacation!