If you are planning to visit London, England, you should check out the London Eye. This is a giant cantilevered observation wheel located in London, England, along the banks of the River Thames. You can see the entire city, even up to the Windsor Castle, from the London Eye. It is not a Ferris wheel per se that you would see in amusement park. It is a more sophisticated and highly technical construction called an observation wheel. An observation wheel is a more complicated construction than the Ferris wheel. It also has fixed buses or carriages outside the rim of the wheel. The Ferris wheels have gondolas or carriages that are hanging from the rim. 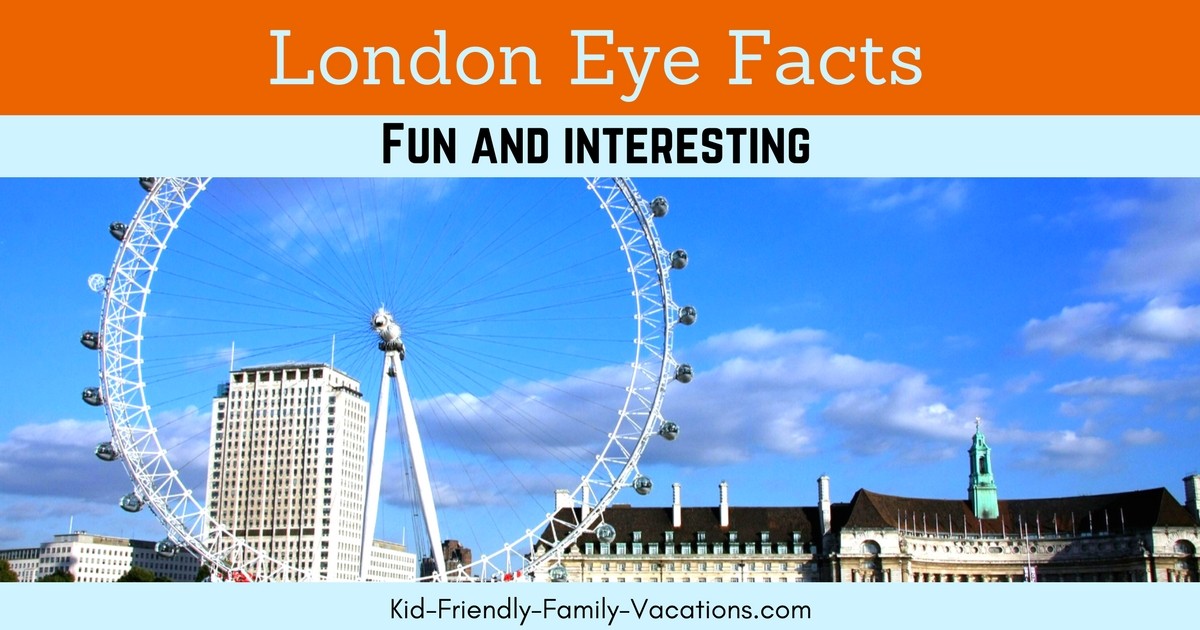 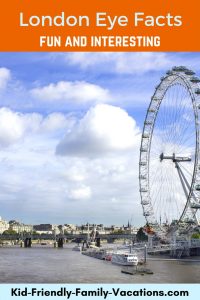 In 2000, the London Eye was officially opened to celebrate the new millennium. It was initially called The Millennium Wheel. The architects chose a wheel to symbolize the ‘turning of the century.’  At 442 feet, it was once the tallest wheels in the world.  The Singapore Flyer, built in 2006,  stands at 541 feet.

This large observation wheel offers private capsules to tourists. One capsule can hold up to 25 guests. These capsules look like a bus that is enclosed and offer different themes.

Did you know that supermodel Kate Moss loves the London Eye so much that she has visited the tourist attraction about 25 times? She is probably the only UK celebrity that holds the record for the most number of visits to the London Eye. This construction is one of the most popular tourist destinations in London. In fact, it receives more visitors than the historical Taj Mahal in India or the Great Pyramids of Giza in Egypt.

The Number of Capsules 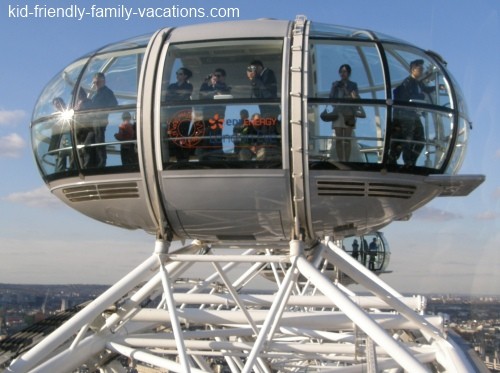 Educate the kids in your lives about London!

Your child or grandchild will be your tour guide with this book! So make sure that they have this book early in the planning phases of your trip as well as when you visit London England!

Be The First To Learn About Our Next Virtual Field Trip

Keep Learning Even When You Can't Travel!

Each Month We Are Exploring Another Fun Historic Location!  Be the First To Know Where We Are Going!

x
We use cookies to ensure that we give you the best experience on our website. If you continue to use this site we will assume that you are happy with it.Ok