Why your kids need to see these Ruins

If I’ve said it once, I’ve said it a million times…. Strolling down the street in a bustling 21th century city that is so packed and busy that business people drive motorcyles and park on the sidewalks, and then turn a corner and see the most magnificent ruins… the Rome Italy Colosseum… I literally stopped my tracks… I knew I would see it, but there it is right in the center of the city – the Colosseum! 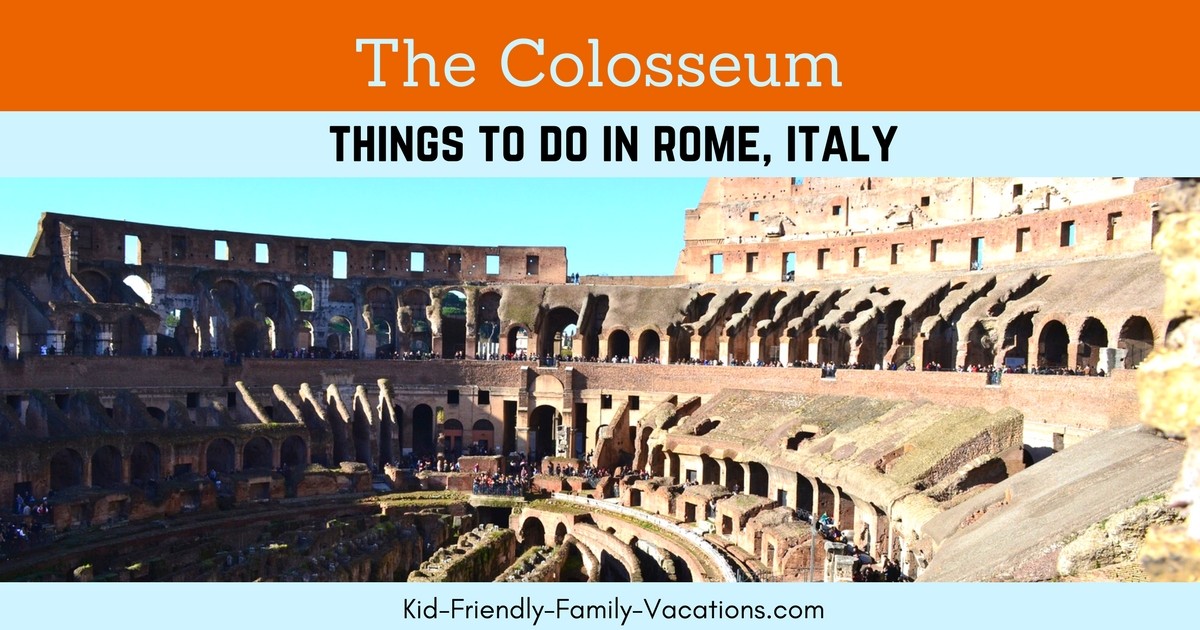 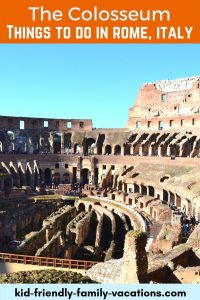 A Little History About The Colosseum

One of the most sought after historical attractions in Rome is the Colosseum. It was known to symbolize unity and strength of the eternal city. The Colosseum is an amphitheatre built during the Roman Empire at the site where the Golden Palace of Nero once stood. It was considered as the entertainment center of the ancient city. The Rome Italy Colosseum is where Roman citizens of different social class converged for entertaining events. The type of entertainment was gladiators fighting wild beasts, theatre, plays, opera and battle reenactments. Of special interest…. learning about how the structure was built and how the water is trapped inside to create a lake for pseudo-naval battle.

The Rome Italy Colosseum is a great place to visit with children who want to know how the whole arena works. A tour will enable the kids to catch a glimpse of the trapdoors as well as the areas where the gladiators, animals, actors walked through.

Visiting the site will also allow you to see the inside with the seats designed like a typical stadium. There were special seats inside the Rome Italy Colosseum reserved for the senators, important officials and the Emperor’s box. Ordinary citizens were also allowed to watch since it was entertainmentfor everyone. The Colosseum is located at the heart of the city. Its shape is similar to that of the football stadium where everyone can watch the event unfolding in the center of it. 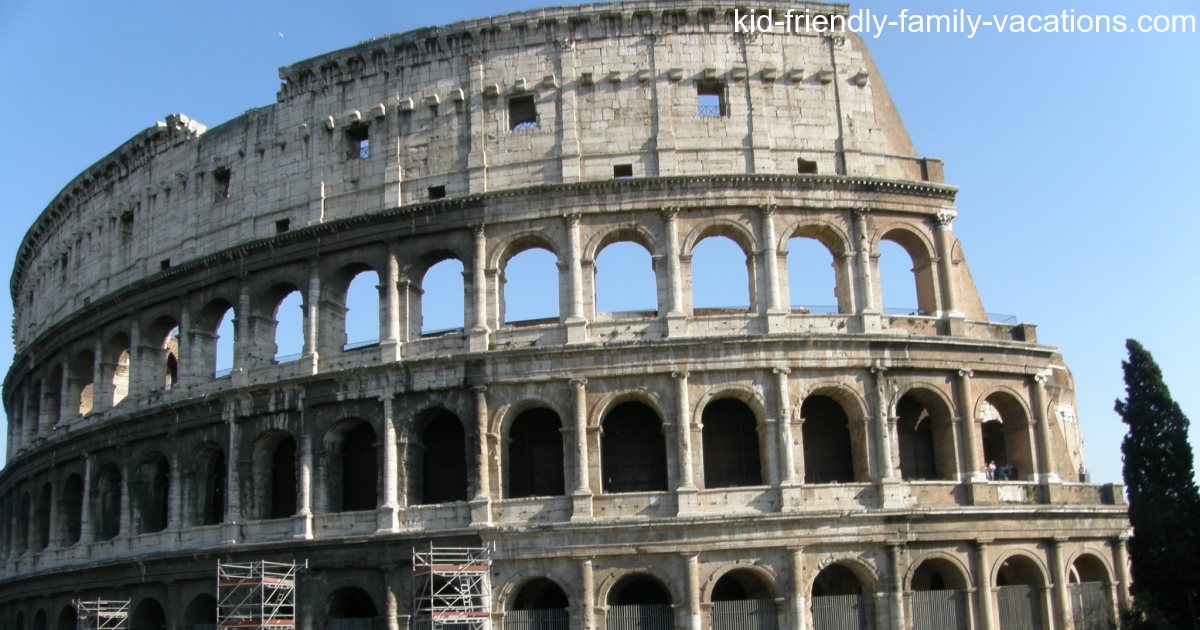 Outside the colosseum in Rome, you will find many photo opptunuties… There are actors dressed as gladiators awaiting your… I say, take the photo!  Here is the one that I got with me and two of my daughters…. 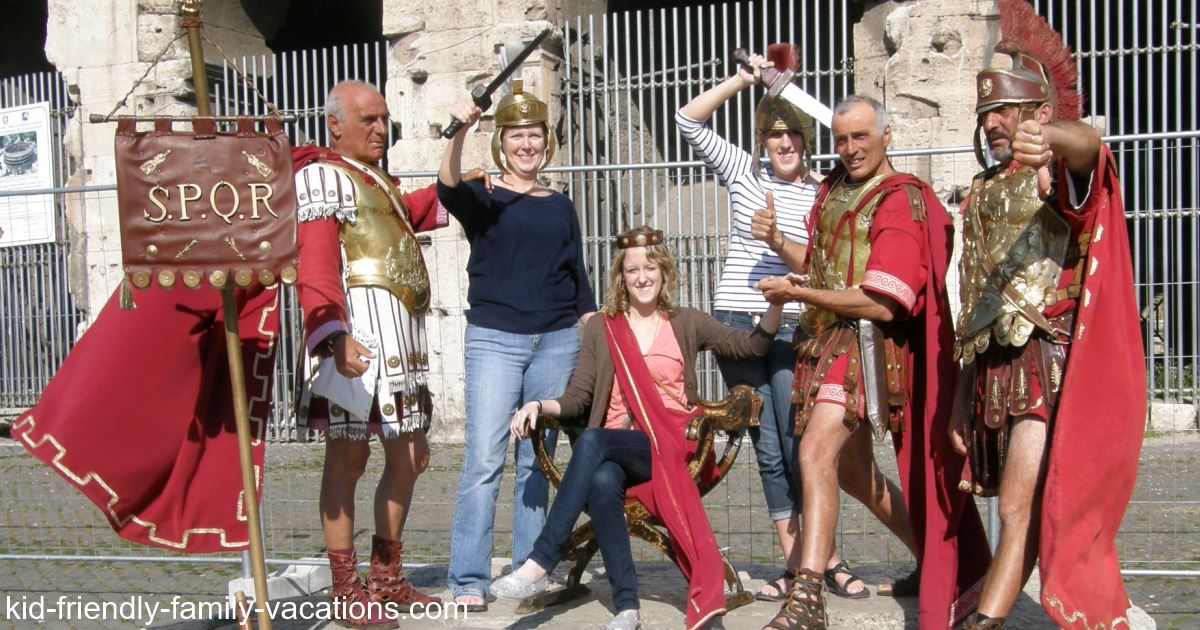 The Rome Italy Colosseum is one of the popular tourist attractions of the city; thus, lines are long.  If you want to avoid experiencing this while having your vacation, you can book a tour that will let you skip the long lines at the colosseum. 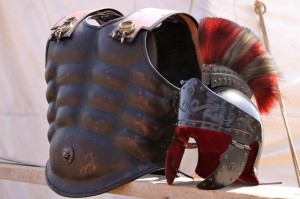 While planning your trip to the Colosseum,  take a look at the Gladiator School…. You get a two hour lesson on how to be a gladiator – a really cool hands-on history lesson! 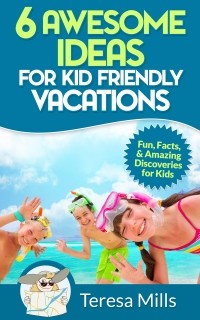 Build on your kids Life Expeiences! 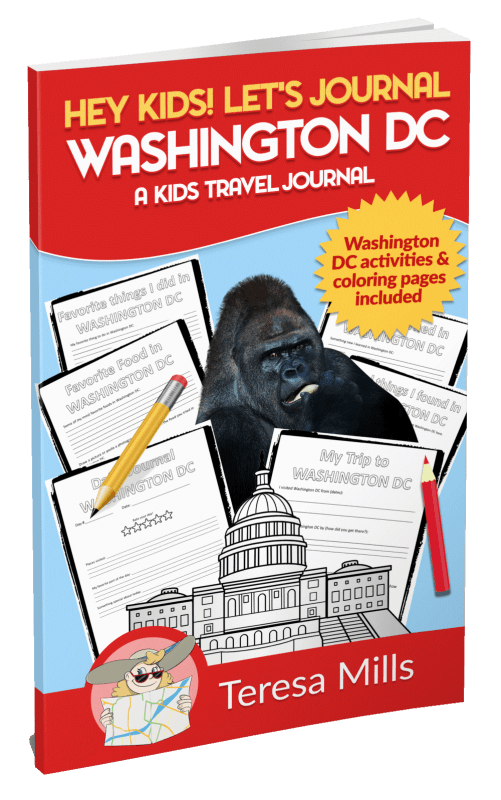 SO MUCH MORE THAN JUST A JOURNAL - 30 Additional Pages of Activities and Coloring Pages also included!