Patriots Point Charleston (Patriots Point Naval & Maritime Museum) is a collection of four ships and twenty-five aircraft.  The 888-foot aircraft carrier Yorktown is the flagship of the battle group.  Destroyer Laffey, the Coast Guard cutter Ingham and the submarine Clamagore are also on display along with the aircraft that are displayed on the Yorktown. 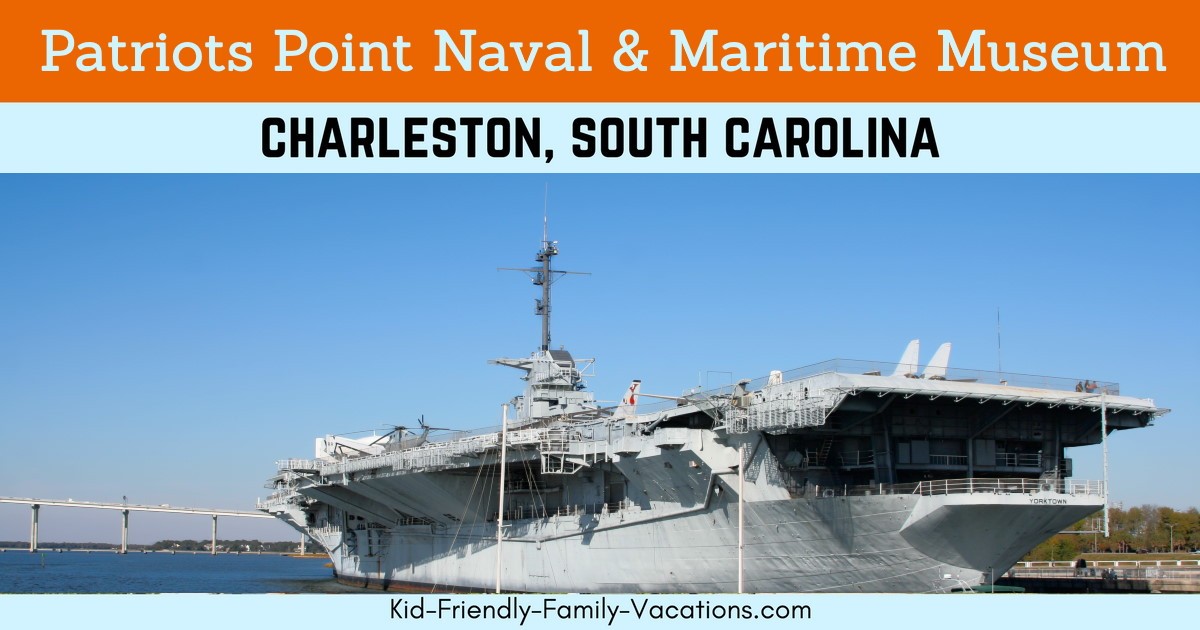 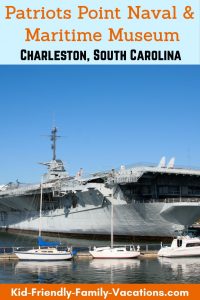 Most of the aircraft are available for viewing the interiors as well as the exteriors.  The other three naval crafts are open for touring as well.  The submarine tour is especially interesting….you can only imagine living in such small closed-in quarters. It makes you appreciate the armed forces.

Our family enjoyed this tour for the historical aspects of it and simply for the fact that we got to walk around these great ships.  The children had a good time imaging what it would be like to be on these ships while they are out at sea.

The only thing that I will mention is that the touring can get very long and drawn out for younger children….. You might want to choose the submarine tour and only catch the highlights of the aircraft carrier. Family vacations need to take everyone into account…. so plan accordingly.

The USS Clamagore is an iconic Cold War–era submarine. No other Guppy III submarine has been preserved in the US. 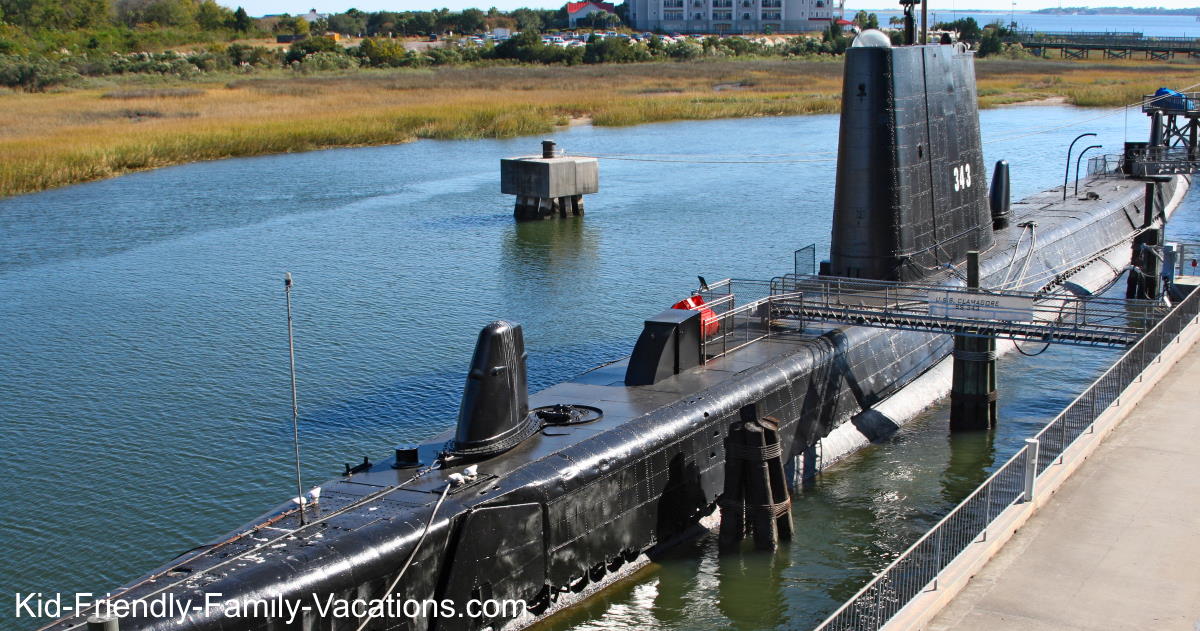 Known as “the ship that wouldn’t die,” the USS Laffey is another popular feature at the museum. It is the most decorated among all World War II–era US destroyers that are still in existence.

The USS Yorktown—an actual naval aircraft carrier that can be explored by museum visitors  – there are several walking tours throughout the vessel so that you can see all of the living and working quarters. 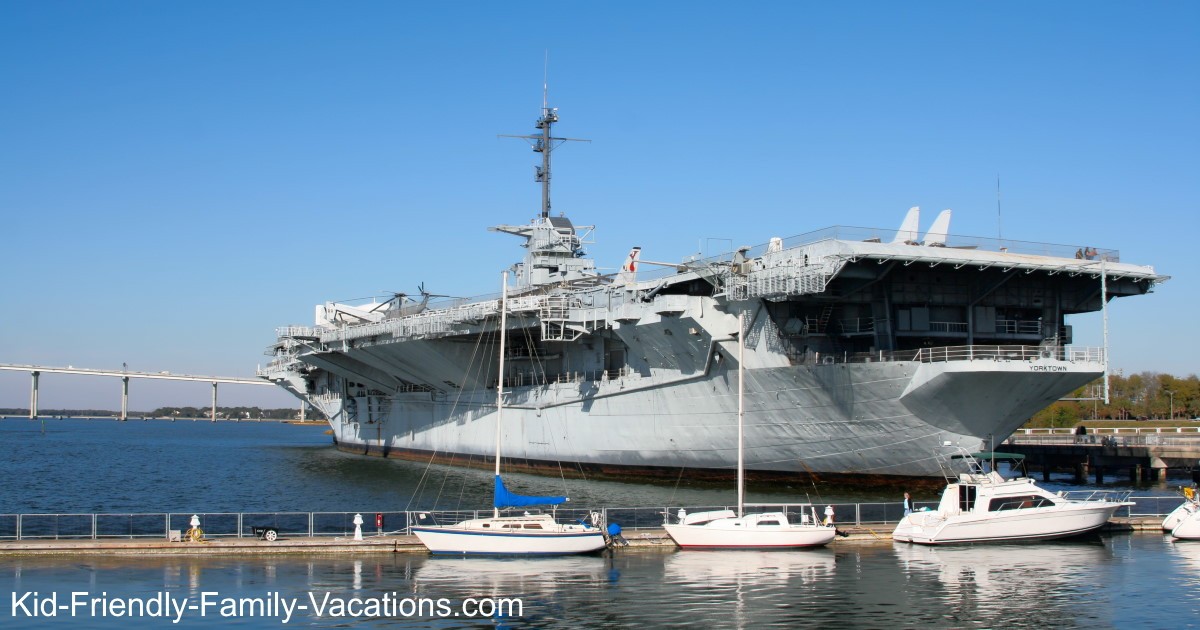 Another fun option available is camping on the USS Yorktown—yep, you spend the night onboard the ship!

The museum will manage your stay and take care of all food during the camp out. All you have to do is make your reservations!

Save Some Time and Get All Four Charleston Coloring Pages Now!