The Savannah Historic District is full of history and fun things to do!

Located south of the river, the Historic District of Savannah is home to old mansions, homes, live oak trees, fountains, monuments, and the city squares, all of which played a crucial role in the development of the city’s history and the growth of the city itself, along with the people living in it. 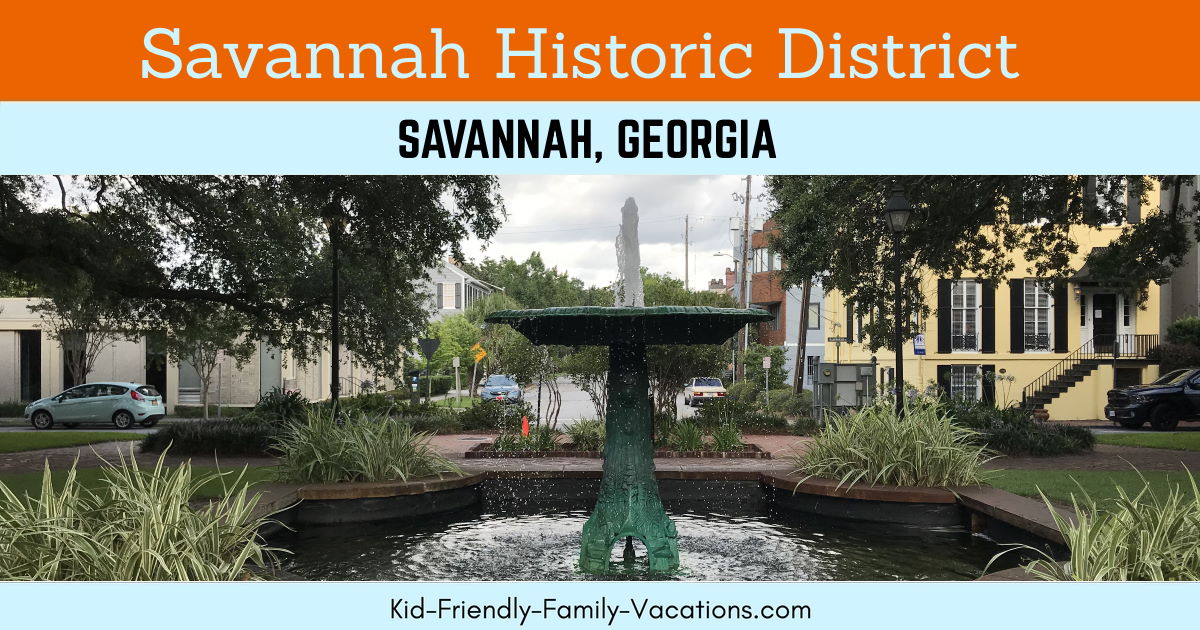 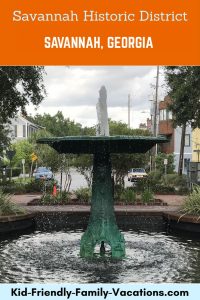 The Savannah Historic District was built based on the concept of wards. A ward consisted of a square and the surrounding 8 blocks.  Each ward had a central square and was given four trust lots and four tythings. The trust lots were to be used for civic purposes—a church, a museum, a school, etc. The four tythings, or tithings, were each subdivided into ten residential lots.

Filled with the beauty of the city’s history, the Historic District of Savannah is alive with eighteenth- and nineteenth-century architecture and green spaces. Even the restaurants, cafés, homes, theaters, boutiques, galleries, museums, churches, and mansions that can be seen today are rich with the historical vibe.

There are many things to see and do in the Savannah Historic District.  Here are seven things to not miss!

The city established a square for each ward of the new city (see description above).   The city squares are positioned at the center of their respective wards.  All of the 22 squares in downtown Savannah are within a 1 square mile area.

There are 22 existing city squares currently, but 4 were built in 1733 when the city of Savannah was founded….. Johnson Square, Wright Square, Ellis Square, and Telfair Square. 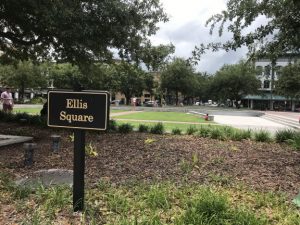 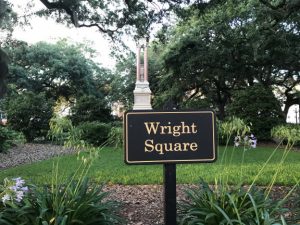 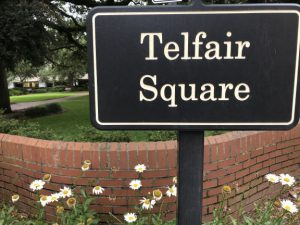 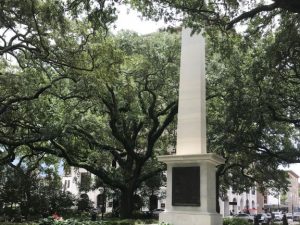 … and two were developed in the next few years to complete the original plan of Oglethorpe to have 6 wards and squares….. Reynolds Square and Oglethorpe Square. 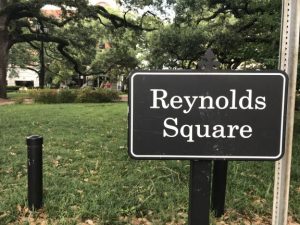 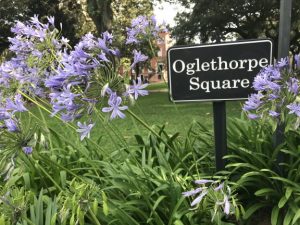 As Savannah grew into the 18th and 19th centuries, the other squares were built until there were a total of 24 squares.  Improvements to Montgomery Street in the 1930s resulted in the paving over of Elbert Square and Liberty Square leaving 22.

Each square has at least one landmark (historical building or church), monument, memorial, or fountain and is named for a person or historical event.

You can read more about the city of Savannah on their website. 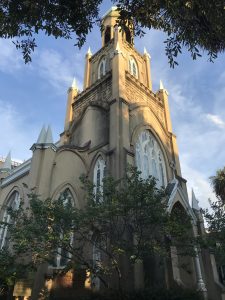 Cathedral of St. John the Baptist

Read more about the First African Baptist Church on their website.

Cathedral of St. John the Baptist

Read more about the Cathedral of St. John the Baptist on their website.

The church’s Gothic architecture includes pinnacles, slightly pointed windows, and stained-glass windows. The current church, built in 1876, is found on Monterey Square and deemed an icon of the Jewish community in Savannah.

Read more about Congregation Mickve Israel on their website. 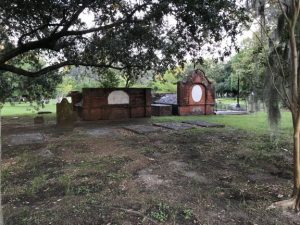 Savannah is a rich part of US history. It is brimming not only with culture but also with never-ending tales of horror. A journey to the most haunted spots of the city at night is a favorite among visitors.

There are many ghost tour companies and operators in Savannah.  You have the option to take a walking ghost tour, one in a trolley, or even one in a hearse!

For more information and a list of some on the ghost tour companies in Savannah visit our Savannah Ghost Tour page. 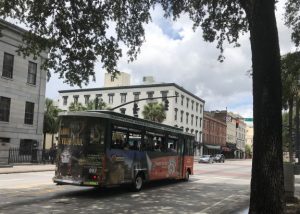 Savannah’s streets are lined with trees hanging with Spanish moss.  The town is one the most beautiful southern cities.  This southern city is full of history as well.

Also the hop on hop off trolley tours are offered in the city by several companies.  No matter your budget or your time frame, you will find a tour that fits.

You can take a look at our city tour page for the different tour options available. 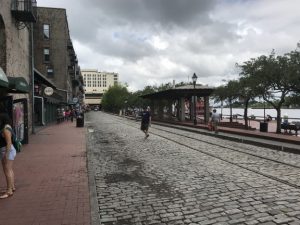 Once century-old buildings and cotton warehouses, the structures on River Street have been converted into colorful boutiques, galleries, restaurants, cafés, inns, hotels, and a lot more.

River street runs along the Savannah River, which forms most of the border between South Carolina and Georgia.  Along the river you might see cargo ships carrying box cars, or a water taxi carrying passengers back and forth to Hutchinson Island.  You also might see a paddle wheel river boat that is available for harbor tours and dinner cruises!

Learn more about Savannah River St on their facebook page or on our  Savannah with kids page. 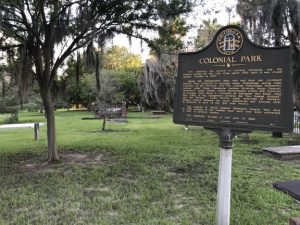 In the heart of Savannah’s National Landmark Historic District is the Colonial Park Cemetery, at the corner of Abercorn Street and Oglethorpe Avenue. The cemetery, with an area of almost six acres, is the burial place for some of the city’s earlier residents. The cemetery was previously known as the Old Brick Graveyard, the Old Cemetery, Christ Church Cemetery, or South Broad Street Cemetery. From 1750 to 1853, it was the city’s main public cemetery.

Read more about Colonial Park Cemetery on their facebook page.

Located at 330 Bonaventure Road in Savannah, Georgia, Bonaventure Cemetery is one of Savannah’s most visited landmarks.

The cemetery is in a place that was originally a plantation south of the city. John Mullryne owned the original plantation. William H. Wiltberger established the Evergreen Cemetery Company on June 12, 1868. The city bought the cemetery and the land on July 7, 1907 and renamed the area Bonaventure Cemetery. 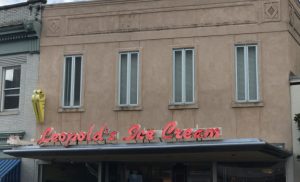 Leopold’s is a Savannah institution that has been serving residents since 1919. In addition to its famed homemade super-premium ice cream, which is shipped all over the world, it also serves a delicious menu of sandwiches, soups, salads, and freshly baked treats, which are all made from scratch. Leopold’s is located at 212 E Broughton St, in the historic section between Reynolds Square and Oglethorpe Square.   Beware, you will wait in line!

Read more about Leopold’s Ice Cream on their website or on our Savannah with kids page.