sVenice Italy  – The city of canals is one of the most charming places that we have ever visited.  There is an almost limitless list of things to do in Venice Italy.  Especially visiting with kids! 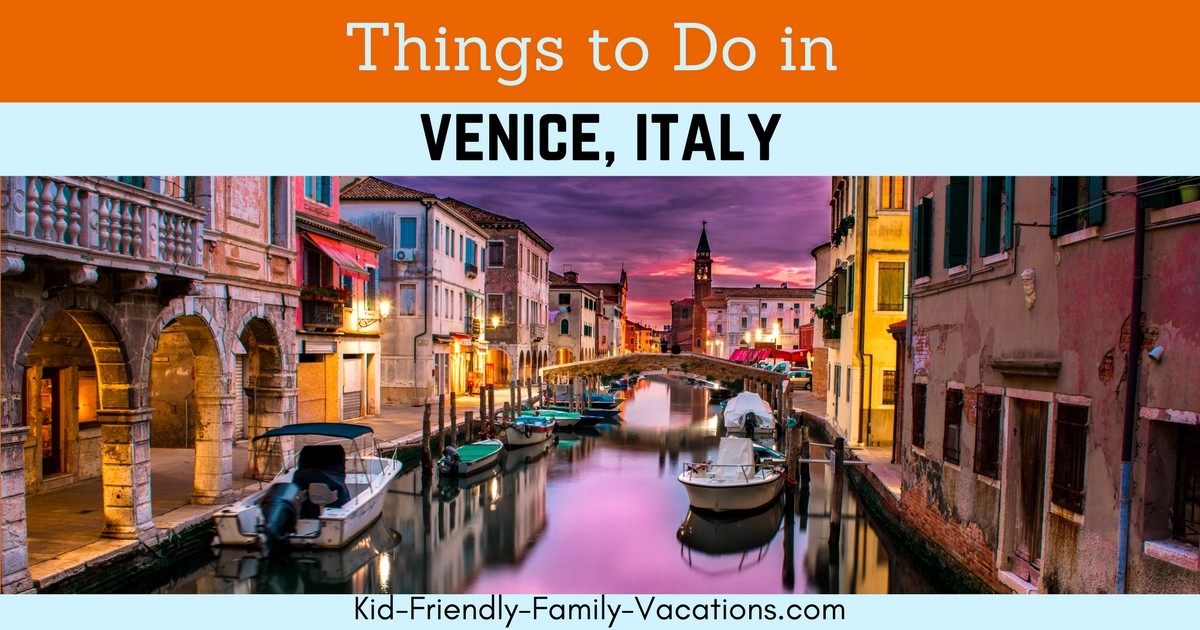 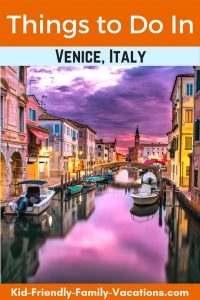 During the two-week European Vacation that I took with my two daughters, we spent two days in Venice Italy… This is a magnificent city – all afloat (or at least it looks that way)!

The City of Canals

At the northeastern part of Italy lies a small but interesting city. Venice is located on a cluster of 118 mini islands divided by canals and connected by bridges. The city holds too much beauty in the form of artworks and architectures. Some of the name that Venice is known for include:  “City of Canals”, “The Floating City” and “City of Water”. With its gorgeous setting, the city is dubbed to be one of the most romantic and most beautiful cities, not just in Europe, but throughout the world.

Venice has so much to offer that a week in this place would not be enough. One of Venice Italy attractions and one of the loveliest squares in the world, Piazza San Marco, sited in La Giudecca, Venice, Italy.The Piazza is surrounded by beautiful marble buildings such as the Basilica of San Marco, the Marciana Library, the bell tower, the Procuratie and the Doge’s Palace. Piazza San Marco is the main tourist attraction and a symbol of Venice. The most significant religious and civil rights have always taken place in this square. (read reviews)

Another Venice Italy attraction is the St. Mark’s Basilica, which is the city’s most famous church. St Mark’s Basilica was built inside the complex of the Doge’s Palace in 828. Due to an uprising, the church was burnt down in 976, but was rebuilt the last time in 1063. The basilica is also dubbed  the “Church of Gold” because of its outstanding mosaics and artwork, and because it generally symbolizes Venice’s growing wealth and power. (read reviews)

The Bridge of Sighs

The Bridge of Sighs,  built in 1602 and was designed by Antoni Contino. It is an enclosed bridge made of white marble and has windows with stone bars. The bridge is the final view of Venice that convicts would see as the bridge would lead them to imprisonment. The Bridge of Sighs coined its name from Lord Byron in the 19th century. According to him, prisoners would sigh at their last view of Venice over the window before they are taken down to their cells. On a lighter note, the bridge also holds a romantic legend from the e film, A Little Romance. The legend says that lovers who kiss on a gondola at sunset, underneath the Bridge of Sighs as the bells of St. Mark’s Campanile ring would be granted eternal love and bliss. (read reviews)

The featured Venice Italy attractions here are just a pinch from Venice’s rich culture and environment. The city is known for its romantic feels and artistic displays. Venice should definitely be included on anyone’s must-visit list.

Here is  a list of attractions in Venice ranked and reviewed by others on TripAdvisor…. read more.

Tell us about your Venice Visit

We would love to hear your thoughts and comments on your trip to Venice Italy…. Join the conversation in the comments below…. 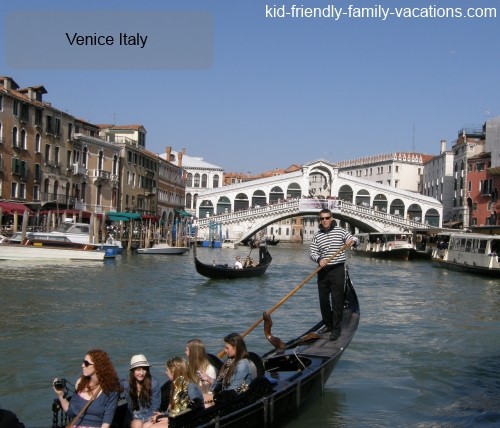 Posted in Destinations, Italy, Top Things To Do, Vacation Planning and tagged italy, things to do, venice