Savannah is one of the the most beautiful southern cities that I have ever seen.   The downtown area is very kid friendly and easy to get around in.  Savannah Georgia vacations are an easy YES for the entire family!

The historic district of the city is filled with tree-lined streets and 22 town squares that cover 2.5 square miles from the Savannah River to Gwinnett Street and East Broad Street to Martin Luther King Street and River Street is a fun place to stroll and pick up a pecan praline! 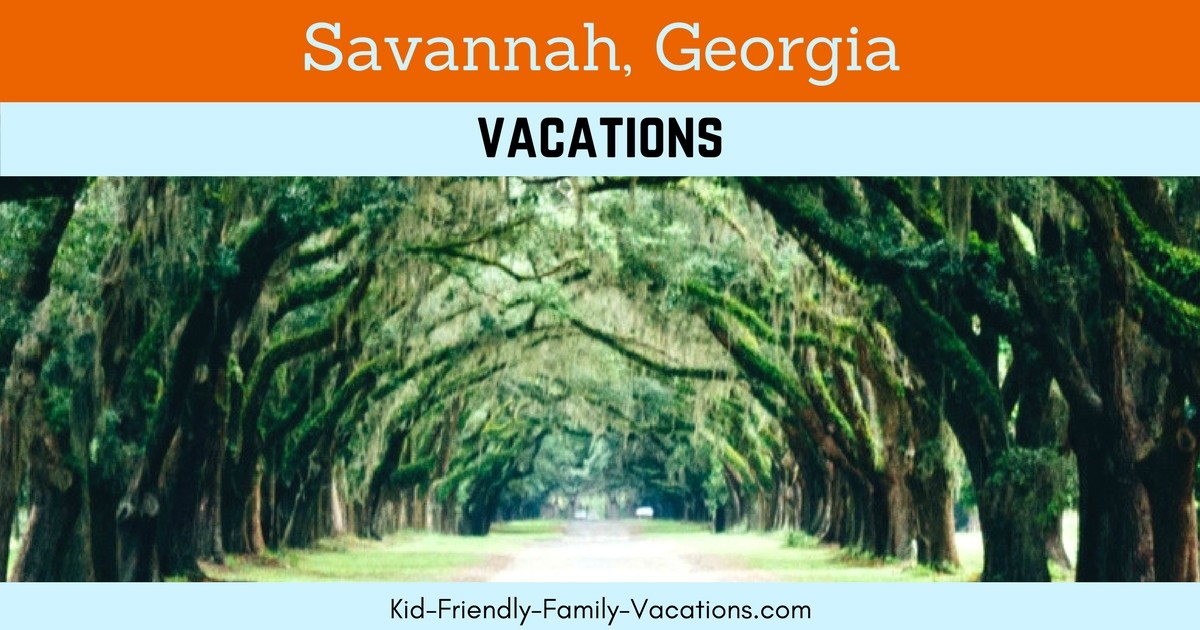 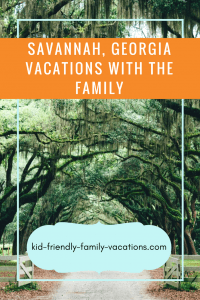 The southern charm and elegance that you will find on the streets of Savannah GA are unrivaled anywhere in the country.  As with any southern historic district, there are several different options to tour the city.  There are horse-drawn carriage tours, trolley tours, and walking tours throughout the city.  There are also Riverboat Cruises along the River available for your enjoyment.  And… at dusk there are Ghost Tours!

So…. here is what you will find on this page to help you decide about visiting Savannah Georgia…

Things to do – Savannah Georgia Vacations

A great site-seeing option in Savannah GA is the Oglethorpe Trolley Service.  The prices were low, and the tour offered on/off service throughout the city all day.  This is a great way to see the entire town and learn a great deal about its history.

The Savannah Historic District contains twenty two park-like squares (originally there were twenty-four, but only twenty-two remain). The squares vary in size and layout. Each square really has its own personality. Savannah’s City Squares are thought of as the city’s jewels.  The Savannah city squares are part of the city’s history. General James Oglethorpe laid out the city in a grid fashion.

Each of the town squares has trees and views much like the one you see in the video below.  The Spanish moss is beautiful hanging from the trees.

Leopold’s is a Savannah institution that has been serving residents since 1919. In addition to its famed homemade super-premium ice cream, which is shipped all over the world, it also serves a delicious menu of sandwiches, soups, salads, and freshly baked treats, which are all made from scratch. Leopold’s is located at 212 E Broughton St, in the historic section between Reynolds Square and Oglethorpe Square.

Read more about Leopold’s Ice Cream on their website or on our Savannah historic district and Savannah with kids pages. 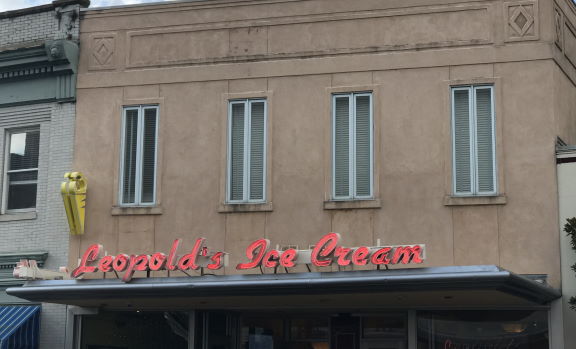 Once century-old buildings and cotton warehouses, the structures on River Street have been converted into colorful boutiques, galleries, restaurants, cafes, inns, hotels, and a lot more.  River Street is paved with two-hundred-year-old cobblestones.   It is pretty unique to see and experience.   Be sure to stop into one of the candy shops to pick up a pecan praline – or at least sample one.

The video below gives a quick tour of the Riverfront area of Savannah!

Learn more about Savannah River St on their facebook page or on our Savannah historic district and Savannah with kids pages.

After a downtown Savannah Georgia tour during the day, you might take a drive out to Tybee Island to tour Fort Pulaski.  Fort Pulaski was a Confederate Stronghold at the very beginning of the Civil War, and then later captured by the union army and held by them for the remainder of the war.

You can read more about Fort Pulaski on their website or on our Savannah side trips page. 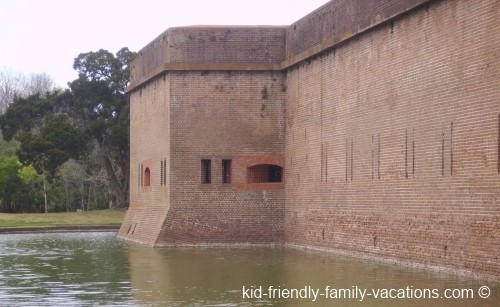 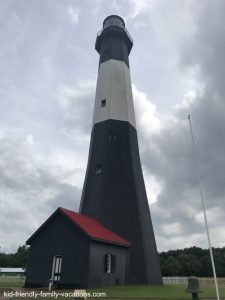 Read more about Tybee Island and the lighthouse on their website or on our Savannah side trips page.

Later in the evening, return to Savannah for a Ghost Tour of the city.  The tour will add to the history of the city that you learned earlier in the day, and be spiced up with a little of the folklore of the ghosts said to be haunting Savannah GA. 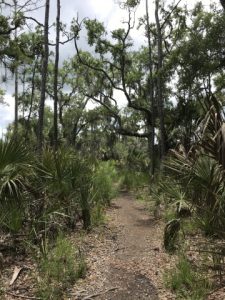 One additional side trip to not miss if you have the time is Skidaway Island State Park.  Trail hiking is one of the best activities to do there. The most popular trail is the one that winds through the maritime forest. After hiking the trail and walking past the salt marsh, you will see boardwalk platforms and also an observation tower.

This state park is beautiful and a great place to spend the day hiking.  The park has camping areas as well.

Read more about Skidaway Island State Park on their website or on our Savannah side trips page. 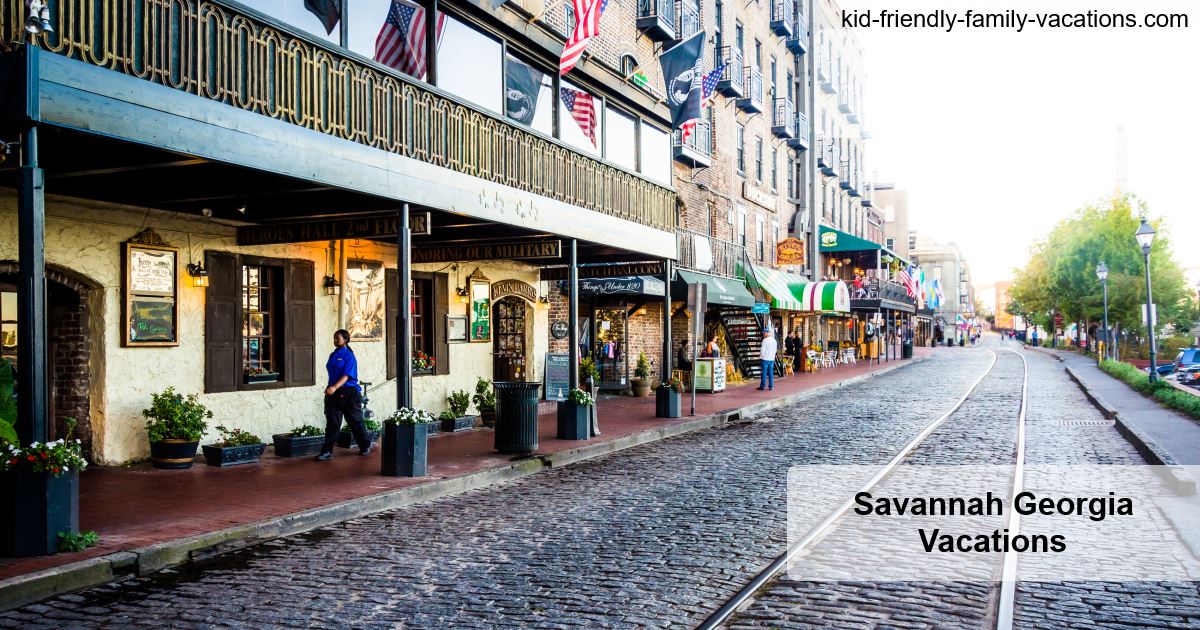 Savannah is full of great opportunities for tours ….

City Tours of this beautiful southern US city